Being Present with Whimsy 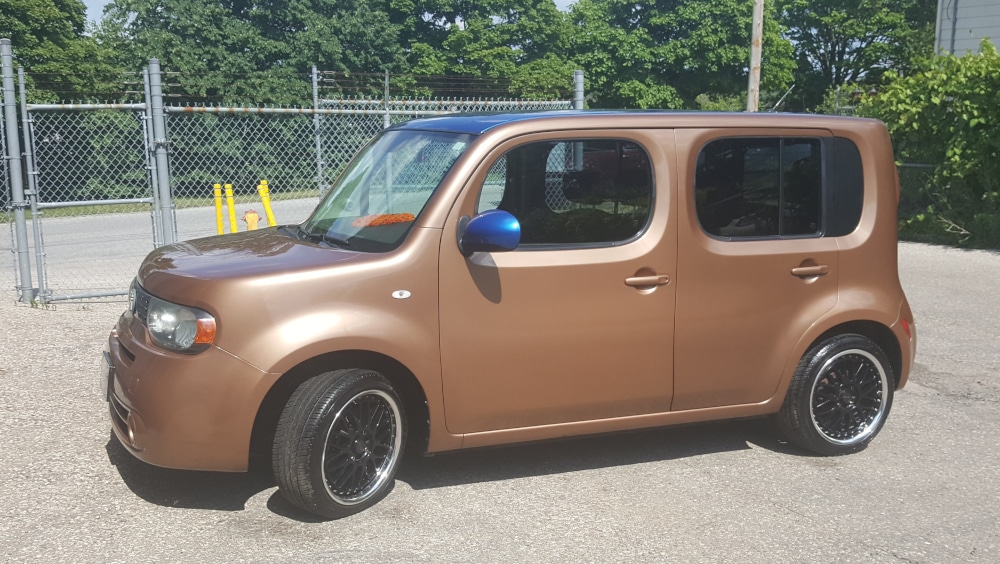 Saturday, Whimsy received a full pro-cleaning, top to bottom and inside and out. The work I put into this car makes me chuckle sometimes. From a dealer perspective, this car is worth almost nothing. Black book value of Whimsy: $2000 Canadian. Not kidding, this is literally a $2000 car.

What’s a giggle worth though? How about a smile? A wave? To me though, those are worth quite a lot. It’s not the financial value of the car; it’s the positive reaction it creates. Can I actually improve someones day just because I had to drive from one location to another?

I get a great deal of joy getting personal notes from people who see Whimsy on the road. Sometimes they giggled when they arrived at a location where Whimsy is sitting there too. The world can be a dark scary place sometimes, and this Where’s Whimsy reaction is why this car is developing. This is for everyone.

“What is a giggle worth?”

Whimsy has a bit more restoration work to go yet. The next task is to remove the final bit of rust found on the inside of the car. The Nissan Cube has a design flaw (for those of us in a Northern climate). The front seat floor mounts scratch easily. In the winter salt caked boots melt and the seat mounts rust quickly. The photo shows the worst one on the driver side.

The amount of rust is small, so a quick hit from the sandblaster and probably a replacement bolt is the task. To do it right though we will have to take the seats out of the car, sandblast the entire underside of the seat frame and then paint everything evenly. Consistency really matters when it comes to rust removal. The car is new enough too that it has airbags, so we’re going to have to be really careful.

Once the seat mounts are painted we are going to add a rhino liner will protect them. This is that rubbery product that protects the bed of a truck from damage. It can really extend the life of a vehicle if it’s applied correctly. Generally, I wouldn’t apply this product to a car as the risk of trapping moisture between the layers is real and that trapped space can cause the car to rot out without ever really knowing until it is too late. In principle it is a great idea, but it’s nearly impossible to do it right. Rust proofing yearly is a better way to go in most cases. Plus the vehicle smells like a boiled peanut for a few days after being sprayed which for some reason amuses me.

There are only three other alternatives for seat repair: 1. go with the dealer quote and replace the seats at $1200/seat, or 2. ignore the issue. These are both foolish options. There is a risk that the floorboard on the driver side is also rusting at the seat mount. The underside of the car looks great, so that’s good news. If there is rust damage beyond the seat base, it should be localized and treated while it is cheap to fix. As far as replacement goes, $2400 for new seats is a colossal waste and many times over the cost of a quick sandblasting. It also wouldn’t solve the design flaw either.

Like any health matter, it’s best we treat this at the source and as soon as possible.

With the seats out, there’s a minor tear on the driver seat due to wear that needs to be cleaned up. At some point we may reupholster the seats, but for right now a minor repair is far more effective.

Also, the UV damage on the front lights needs to get treated too. Headlights polish kits are plentiful (I just have to sort out which one to use next). I would much rather restore then replace, it’s just better for the environment. This task is on the to-do list for the summer as well. Sometimes it’s just nice to have a simple project to slowly work away on.

After all this we will be through the restoration process. I’m really looking forward to start working on graphics, and the car’s brain…