The Last Structural Changes… for now? 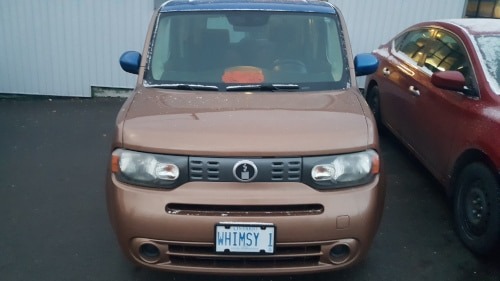 At long last we’ve removed the final hint of rust. Can you spot the latest change? I’m quite delighted to get this element finished!

The wipers are brand new! This is pretty normal for older cars. I had debated just painting them, but given the amount of movement windshield wipers arms go through any paint will inevitably chip off with in a year or to, so they have been replaced with new wiper arms. We’ve also replaced the engine cowling that had a large mysterious hole in it too. What a relief to have that sealed up properly now that winter is here. I think sun damage was partially to blame too. 10 years in the sun will wear down plastic.

I am going to keep the older wipers so that in another 10 years I can sand blast them down to the bare metal and then re-coat them. By 2030 it may get a little harder to find the parts.

The real question now is how to protect the car so that it can live another 10 years on the road. It’s rather amazing how heated the topic of “rust proofing” a car is online. Some people swear by it, some think it’s a lot of bunk. Most new cars are galvanized, or they are treated before they leave the dealer lot. Realistically, I don’t know how important it would be to rust proof a car that’s under 5 years old, and with many drivers swapping out their cars before they hit ten, that’s probably where most of the debate comes from. Why spend the money on something that’s going to be replaced before it’s a serious issue?

From our perspective, Whimsy will be with us for at least 10 years, hopefully longer, so a full rust proofing it is! It’s kinda like that scene from Star Wars when C3P0 says “this oil bath will feel sooooo good.” For $120 a year, it’s a pretty minor car bill for preventative maintenance, especially compared to any form of rust removal which can cost well into the $1000s.

We went with Krown for rust treatment, partially based on recommendations, and also the complete nature of the treatment. Their product is environmentally friendly (most use a linseed oil of sorts). Whimsy was in really good shape as all the rust that was found was surface based, and not rot coming from the inside out. Krown’s process is to spray everything inside and out, and that’s really important as the car gets older. Rust on the outside is easy to treat, rust the comes through from the inside is a disaster. Most of this comes down to just cleaning the car properly and dealing with stone chips as the happen… and also avoiding almost all car washes. Seriously, if you like your car’s finish, the only thing that should touch it is water, soap, wax and a clean sponge. Thanks to Krown Kitchener for throwing in some free wash and wax!

Eventually this whole process comes back to the same question, why are we actually doing all of this work to car that has almost no financial value? It’s part of a 3 part plan:
1. Can we provide a little whimsy to those that see us along the way?
2. Can we take a used car and keep it running for longer then average while still maintaining a below average price/km rate of travel?
3. Can we keep 1 more car out of the garbage?

So far, the answer is yes! There’s much more to come on this project, but for now Whimsy is driving wonderfully right now, and there’s even a bit more pep to them on the road. They still haven’t said a word to me yet, so I guess I’ll take that as approval.